Call 877-3-WHISKY x 107 for further information on the DC Whisky Guild Cruise on April 10, or click on the link to the RIGHT —>

Here’s to a long life and a merry one,
A quick death and an easy one,
A good love and an honest one,
A wee dram* and another one!
(*We whiskied this one up, it was supposed to say ‘A cold beer, and another one!)

May you be in heaven a full half hour
before the devil knows your dead.

May you have warm words on a cold evening,
a full moon on a dark night,
and the road downhill all the way to your door.

May you live to be a hundred years, with one extra year to repent!

To everyone who helped make the Whisky Guild Classic NJ 2013 a success!

From the exhibitors who showcased some amazing whisky, to the attendees who came out in the rain and snow… A great time was had by all!

Who will join us!? 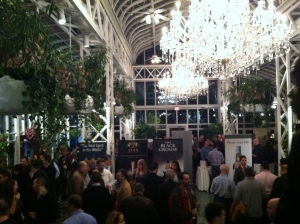 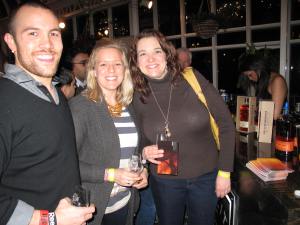 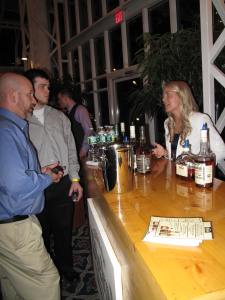 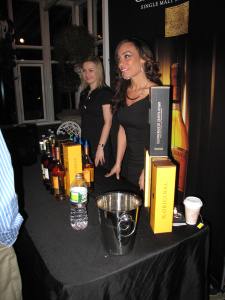 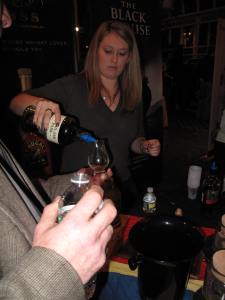 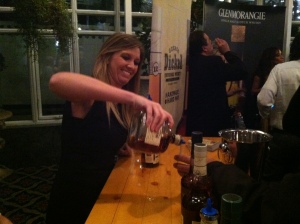 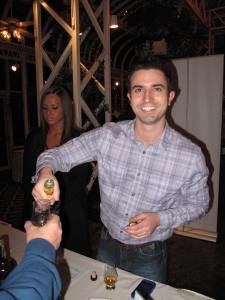 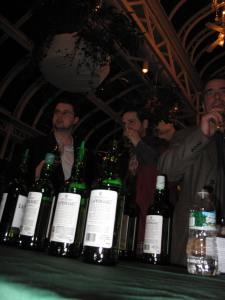 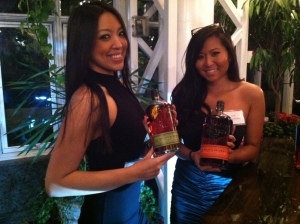 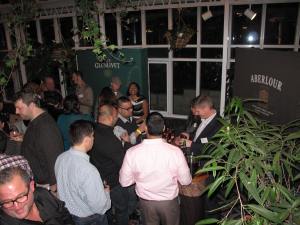 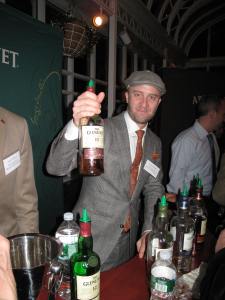 7:30 – Highland Park’s “A Whisky Pairing Like No Other”
Join Highland Park’s National Brand Ambassador, Steph Ridgway, as she guides you through a vertical pairing of two of the Orkney Island’s greatest gifts to the world…Highland Park Single Malt Scotch Whisky and handcrafted Orcadian Fudge. Experience how the smoky sweetness of the different age expressions is enhanced by the sweet, spiciness of this unique confection. A whisky like no other, paired with a candy like no other, each hailing from a place like no other…what could be better than that?

8:00 – The Glenlivet’s Core Range
Join The Glenlivet Brand Ambassador Craig Bridger as he leads a tasting of all 6 expressions of The Glenlivet core range.  This Master Class is the perfect opportunity to see just how diverse the products being created at The Glenlivet distillery are these days from The Single Malt That Started It All. 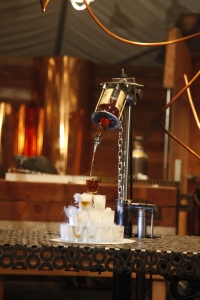 TULLAHOMA, TENN. – MARCH 5, 2013 – From “Deadliest Catch” and “Ice Road Truckers” to “Storage Wars” and beyond, acclaimed reality television producer Thom Beers is known for shedding an entertaining light on some of America’s toughest jobs. Now, Beers and his team at Original Productions have partnered with Tennessee whisky brand, George Dickel on his next project titled “Raising the Bar.” The original reality series offers an introspective look at expert craftsmen as they tackle the challenge of building complete, hand-made bars capable of pouring a shot of George Dickel in eight hours or less.

Set to debut today, March 5, via online video service Hulu, “Raising the Bar” was shot by Original Productions in Kansas City, Mo. during the 2012 American Royal World Series of BBQ. The series follows six teams of real-life craftsmen as they construct unique bars by hand. The pieces created range from a metallic design welded using thousands of washers, to an automotive bar crafted from the front end of a classic convertible car.

George Dickel collaborated with Beers based largely on his passion for celebrating American craftsmanship showcased in his popular series’ “Monster Garage,” “Biker Build-Off” and “Monster House.” “Raising the Bar” also gives George Dickel another platform to encourage adult consumers to drink responsibly – whether they are enjoying cocktails at home or sipping whisky after a day of bar building.

“Just like the creations of these inspiring teams of builders, our whiskies from Cascade Hollow are Handmade the Hard Way, with 25 employees who personally oversee every step of the distillation process,” said John Lunn, George Dickel Master Distiller. “‘Raising the Bar’ is an authentic way for us to celebrate the beauty of American craftsmanship.” 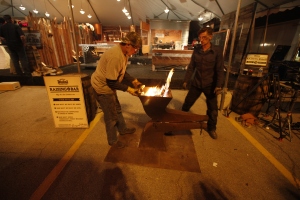 “Both brands pursue the same goals and standards of excellence in our respected crafts,” said Beers, Original Productions (OP) Chairman. “Like Original Productions, George Dickel is a unique American brand with a team dedicated to developing a hand-crafted and distinctive product. The parallels are remarkable.”

For more information about George Dickel Tennessee Whisky and “Raising the Bar,” please visit the Facebook page at Facebook.com/GeorgeDickel.

Since George A. Dickel bottled his first batch of whisky in 1870 using the pure water from Cascade Springs, adult consumers have been drawn to this Tennessee whisky. Handmade the hard way, all whiskies produced at the Cascade Hollow distillery in Tullahoma, Tenn. are hand crafted with an actual human being present at every step of the process. This personal touch continues to be the backbone of the brand and every bit as important as the rye, corn and barley that make up its Tennessee whiskies. For more information, please visit www.GeorgeDickel.com and always remember to drink responsibly.

Diageo is a global company, with its products sold in more than 180 countries around the world. The company is listed on both the New York Stock Exchange (NYSE: DEO) and the London Stock Exchange (DGE). For more information about Diageo, its people, brands, and performance, visit us at Diageo.com. For our global resource that promotes responsible drinking through the sharing of best practice tools, information and initiatives, visit DRINKiQ.com.

About Original Productions, a FremantleMedia Company

2 of Scotland’s best exports… WHISKY and GOLF together at

Come take a swing at the Bunnahabhain Golf Simulator

and try for your chance to win a bottle of Bunnahabhain!

Call 877-3-WHISKY x107 for more information or to purchase tickets.

Here are the glorious additions to the pour list…

Call 877-3-WHISKY x107 for more information or to purchase tickets!

Get your tickets to this fabulously decadent evening! Don’t miss out on these mouth-watering beauties being poured*!

And more to come… Stay tuned to see what will be poured from the Whisky Guild Cabinet… these bottles are sure to please. 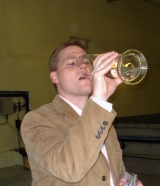 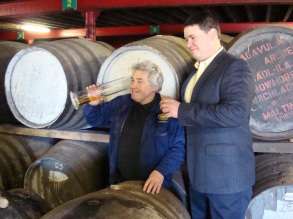 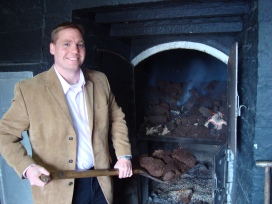 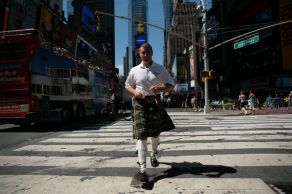 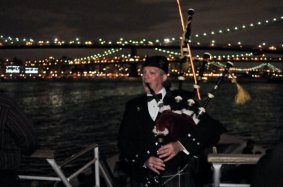 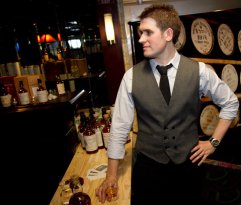 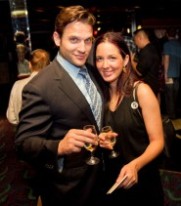 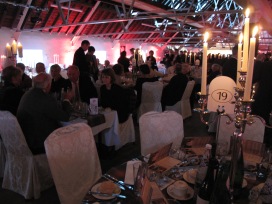 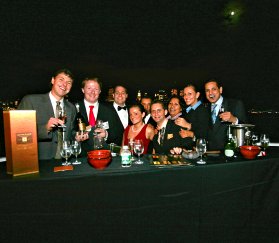 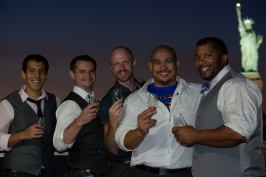 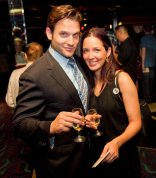 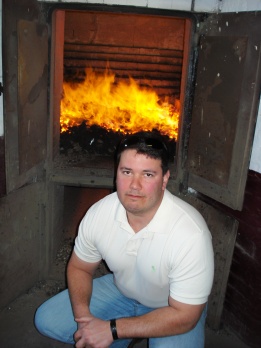 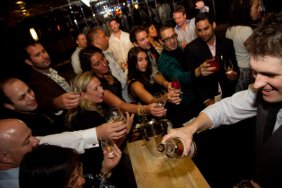 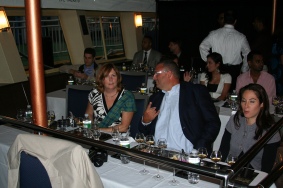 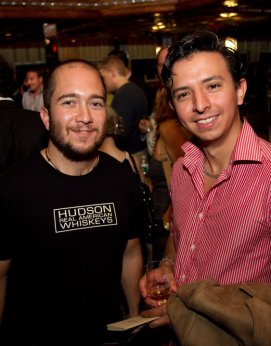